An Open Letter to the AMFTRB

by The Jewish Therapist Collective

Read more about the featured author below the post! 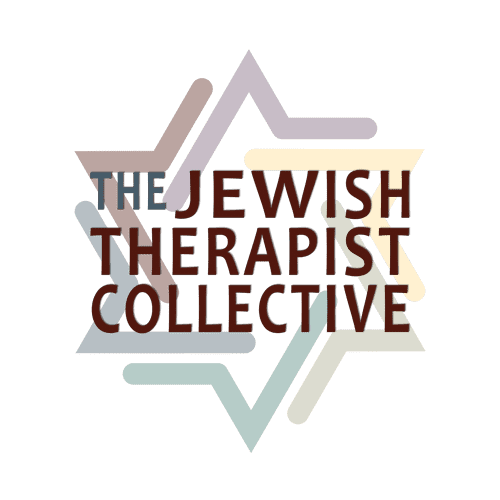 To Whom It May Concern at the AMFTRB:

Last year, one of our members reported a distressing experience with a harmful trope about “wealthy Jews” on a licensure exam. They wrote in on the test taker survey you designed to pop up after completion and submission of the exam and reached out to us to share their experiences. We then learned that many others had experienced the same exam question and felt similarly nauseated, both as clinicians whose demographic is underrepresented in multicultural competency curricula within the field, and as minority clinicians knowing that their non-Jewish peers were exposed to yet another trope and could unfortunately be primed to be culturally negligent with clients and have absolutely no idea. It turns out, others had likewise written about their experiences of this trope on the test in the post-test feedback form, for months if not years.

We then reached out to you to obtain direction about where to address concerns about active bigotry and tropes on the exam and followed up with a formal letter. This was in the Fall of 2021. Two months ago, a different person took the test and shared that they too had an antisemitic question with “wealthy Jews” in the test question, and another person last month. Just this week, we had several more emerging marriage and family therapists reach out (Jewish and allied) to report, distressingly, that it remains on the exam. They were likewise alarmed and it caused them great distress during the test-taking experience and ran the risk of impacting their success at passing the exam. While we all followed the strict guidance to not discuss specifics of the test, everyone who confidentially reported this flagrantly antisemitic trope’s appearance on the exam similarly noted that the question’s therapeutic/relational content yielded neither a need for nor a scholarly/clinical benefit from its inclusion. It only served to alarm Jewish test-takers and sow seeds of bigotry, ignorance, and cultural incompetence in non-Jewish examinees.

We are hoping that, with this public-facing letter, we can mitigate your inaction over our prior correspondence and the many individual inquiries and pieces of feedback you’ve received over the duration of time since that antisemitic question’s debut on the exam.

To be clear, we will not reveal the many names of the test-takers who have reached out for support and guidance over fear of retribution toward these brave whistleblowers (who, to be clear, did not break any examination rules by sharing this information with us). We are indeed aware that test-takers are not allowed to discuss the test question. No one who has reached out to us has described the psychotherapy or psychotherapy-related concepts or anything else about the question, only the demographic information about the vignette’s family that was bigoted. We are committed to protecting their brave, whistleblowing advocacy and disclosure from coming back to further harm them. We enthusiastically applaud their courage and commitment to calling in our profession’s authorities and gatekeepers to do better and be better, especially for our minority clients and clinicians!

This test question’s appearances on the national licensure exam for Marriage and Family Therapy, and its resultant impact, absolutely did not need to happen. Perpetuating white-supremacist and Nazi-aligned tropes about Jewish power and wealth is not okay, especially in a modern climate in which the FBI and similar agencies around the globe report ever alarming rates of violence and oppression against Jews. While seemingly insignificant, this trope fuels the fire of antisemitic ideology by propping up an image of our community as rich and powerful, further ripening society to embrace the very ideologies that have fueled pogroms, genocides, and other alarming experiences for centuries.  These tropes also servre to further distance the Jewish community from sorely needed inclusion in cultural competency curricula. Equally concerning, it serves to amplify barriers that Jewish graduate students and therapists find when trying to advocate and look for justice-minded solidarity, resources, and overall inclusion with other marginalized groups.  It is highly inflammatory and resoundingly harmful, especially in a professional backdrop in which, despite robust Jewish contributions to our profession, there is typically little to no cultural competence inclusion around Jewish cultural identities in the curriculum.

We’re dually concerned about the distress and hostile environment this causes to Jewish emerging therapists and the culture of covert and overt antisemitism this nourishes in a community already so bereft of Jewish cultural competencies.

Alas, we must ask these urgent and serious questions, for the health of our field and the well-being of emerging therapists:

We are very happy to offer consultation services to support you through moving past this very serious concern and look forward to the prompt acknowledgment and resolution of the issues we’ve presented.

With A Kind & Hopeful Urgency,

Halina Brooke, on behalf of The Jewish Therapist Collective

A note to our readers and community: for anyone who has been impacted by the distressing experience of finding this question on your examination, or any other instance of overt or covert antisemitism during your training as a therapist, please reach out for supportive resources and community.

About the JTC: The Jewish Therapist Collective is a trans-denominational and trans-disciplinary association of nearly 1,000 members, most of whom are in the United States but can also be found worldwide. One of many of the big causes we’re passionate about is supporting students and early career professionals as they experience antisemitism and exclusion during their education and training. We connect therapists and therapy students, Jewish and not, with support around Jewish cultural competence, coping with antisemitism in the field and society, self- and community-oriented advocacy, and inclusion of Jewish cultural and identity concerns in justice-oriented clinical and lay spaces. To donate click here, and to volunteer please reach out here.

About the Author: Halina Brooke, LAMFT, LAC, owns Recourse Counseling in Arizona. It’s her mission in life to support misfits, oddballs, highly sensitives, creatives… and really anyone else with big passions and under-represented perspectives as they build rewarding, meaningful lives. She brings a variety of Postmodern and Experiential therapies to her work with clients. She deeply believes in the value of the wisdom they’ve already amassed on this journey of life. When not supporting clients in living their best lives, she can be found travelling, advancing important causes, and indulging her curiosity in the world around her.

Find awesome listings near you!