Read more about the featured author below the post! 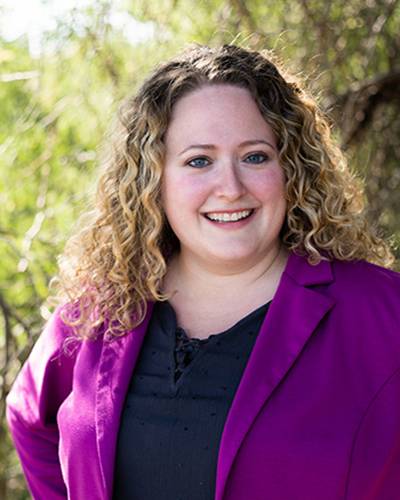 The following piece was prompted by our members continuing to see reductive and inaccurate talking points about “taking therapy back” and “decolonizing” therapy that harmfully erases the whole selves of many founders in the field and, in many ways, relies on tropes and curation of facts that shakes out as antisemitic. If any of this is confusing and/or you want to learn more, we’ve included references at the bottom. You can also feel free to reach out to discuss the availability of consultation services (available upon request) and online group learning experiences (likely to be offered beginning in 2023).

Whitewashing the Jewish origins of our field and calling them “white” and even “colonialist” and “white supremacist” isn’t okay. If any other demographic birthed something as profoundly influential as psychotherapy, no one would attack it as a “white” invention. I dare say the white supremacism, colonialism, and white centering happened after psychotherapy grew popular in the mainstream and with the non-Jewish, white elites…as opposed to the racism and white supremacy coming from the field’s (Jewish) founders.

12 of the 13 of Freud’s initial circle were Jewish (the only one who wasn’t being Jung), and it was an art and science that was wildly countercultural to white, Victorian society. It was a radical pursuit in response to oppression and antisemitism of Austria at that time, which was saturating society despite Jewish resiliency and apparent “wealth.” It wasn’t perfect but it was the first big breakthrough in actually treating mental illness and distress. And, Freud was the first/only person to openly discuss sexual trauma, incest, rape, and their effects on his local community. White/European society preferred to brush it under the rug and pretend it wasn’t there. And psychoanalytic ideas have very strong roots in Jewish mysticism and our approach to understanding phenomena. Then you have Gestalt Psychology, which pretty much illustrates the life-breath of Jewish experience and approaches the study of the human Self the same way we study our traditional texts.

While individual researchers, philosophers, and clinicians (Jewish and not Jewish) are imperfect and a product of their contexts–even the most radical and visionary among them – the bigger narrative of our community’s contributions to the founding and continuation of the field is one of compassion, holding space, and pushing the envelope to mend harm and support healing. The anti-totalitarianism and relational thinking of psychotherapy are indisputably Jewish in origin and hold ideals that are anti-bigotry in origin. In fact, some of the concepts are (as I learned, later on) so Jewish that they were hard to even translate to a western understanding so (non-Jewish) white people would get it.

Maslow, founder of Humanistic Psychology embodied a deeply Jewish values and approach. The compassion and understanding of the human condition – and need and pain and safety, etc – cannot be disconnected from its origin and are also, from an epistemological perspective, anti-racist and very context-inclusive. He did borrow the shape of his diagram from the Blackfoot, but the ideas within the diagram itself were not plagiarized (and that whole story of a selfish, a greedy Maslow out to exploit the very people whose wisdom he was so overjoyed to learn, harps on a dangerous trope about Jews being sneaky and exploitative and deceitful).

It’s astounding that many of the schools of therapeutic/justice thought are advancing a call to action to “decolonize therapy” to advance some of the very tenants of Jewish psychologists, researchers and therapists had been advancing long before non-Jewish leaders began advancing them. Take, for instance, the Sephardic Jewish psychiatrist Silvano Arieti (b. 1914, Pisa), whose family escaped Italy when its racist laws that targeted Jews, Leggi Razziali, came to be. His work on Schizophrenia, Creativity, and the workings of the mind as it forms thought were postmodern, big picture, collaborative, and strength-based long before these ideals had their (very needed) time in the discourse. And what about Grunya Sukhareva, the Ashkenazi Jewish child psychiatrist who pioneered a neurodiversity-affirmative model around supporting autistic children and teens twenty years nearly a century before the restorative construct of neurodiversity-affirming care began its rise in the public discourse and its powerful work to shift the pathology-centered western treatment of Autistic individuals to a place of dignity-preserving and client-centered care. (1)

I could spend pages talking about historical and modern leaders in therapy: individual and relational, from insight-driven to somatic, and beyond. Yalom, Milgram, Fromm, Chessler, Bruer, Seligman, Siegel, the Gottmans, Perel. Many of these great leaders’ own lives were informed by their or their families’ experiences of both generational racial trauma and constant anti-Semitism, from microaggressions to genocide.

It’s not okay to say psychotherapy’s origins were “white”, because it erases both the temporal constructs of race in those years and Jewish heritage and influence, and it’s not okay to say that psychotherapy’s origins were bigoted because it by default paints Jews and Jewish thought that way – which is especially troubling because again, most of our heritage’s contributions were in response to oppression, deliberately inclusive of context, or both. And 2022’s reductive and binary construct of race erases critical nuances that are absolutely crucial to understanding decades of the past (and to be honest, modern structures of race and racism as well). I really hope this makes sense. It’s so important.

In closing, I want to end with a call-in for therapists and therapist-educators to think about how we frame race, innovation, social justice, and calls for change and betterment of our field. Instead of telling today’s minority and underrepresented therapy grad students and therapists, singularly, that they’re excluded and need to “take back” a space, framing everything as a dichotomy from which real, good, true, and justice-minded therapy needs to be rescued, why not make space for the myriad similarities and analogous experiences of trauma, oppression, assimilation, resiliency, and deep grappling that are also deeply rooted in our field and its Jewish founders? What is helpful about continuing to put Jews on one side of the line and everyone else tirelessly working to better the field of psychotherapy on another? It’s high time to be honest about our roots and grasp for an extended hand. We can’t do that if both hands clutch pitchforks and refuse to consider the deeper truths.

It’s important to honor the experiences of those who navigate these complexities, along with those who survived, or were murdered, within the confines of racism and other bigotries against Jewish individuals and communities.  Many of the violent, authoritarian structures responsible even self-identified their hate and exclusion as “racism” (see the Italian example above, and footnote 2 below). Further, to draw the absolute line in the sand to the exclusion of Jews in anti-racism discourse is to deliberately obfuscate the ever-present venom directed at Jews by white-supremacist and other racist groups that include us in their chants, demonstrations, and calls to violence. To be clear, this understanding is concordant with holding space for black, brown, and indigenous Jews who wear more than one hat. And to be clear, this understanding is also concordant with the fact that lighter-skinned Jews sometimes have white privilege, proximity to whiteness, and conditional whiteness. We’re therapists; we should be able to hold both truths at once – they’re not discordant in the least.

It is high time for our professional community to practice the care, intentionality, bridge-building and deep commitment to justice that brings many of us as therapists (Jewish or not) us to this professional work. We need to hold space for emerging clinicians, especially those traditionally underrepresented, to find connection within our field’s rich legacies in tandem with our rigorous reforms and calls to global wisdoms’ inclusion and the celebration of non-dominant voices.

Jonathan Engel, the author of American Therapy: The Rise of Psychotherapy in the United States (book)

The influence of Judaism on American Psychology by Morton Isaac from 1997, which is a talk whose text can be found at https://scholarworks.rit.edu/other/114/.

(1)    I would be remiss not to make a mention of behaviorism, which has been, sadly, used to oppress folks, and works apart from the context in many instances, is a mostly white (not Jewish) originating field. Skinner grew up Christian. I don’t feel like it would be appropriate for me to act like an expert on how, despite Skinner leaving Christianity to become an atheist, the Christian worldview seems to have shaped his ideas…to be clear, since I’m not a theologian and this isn’t meant to be a statement on White/Christian dominant culture. In any case, behaviorism’s origins and even many current practitioners and theories/techniques are often used in oppressive ways and erase and invalidate many contexts, which makes racism and other oppressions worse. And some are great as well. But in looking at behaviorism and looking at the other approaches, it’s clear how they differ in cultural origin.

(2)     Why use the terms “racial” and “racist” when Jews come in all complexions? Isn’t it about religion, to the absence of race? No. And we can go into that more in a future article. To illustrate a historical comparison between religion-based antisemitism and race-based antisemitism, let’s compare the 15th-century expulsion of Jews from the Iberian Peninsula (Spain, and then Portugal). They could stay if they converted (which, in itself, is a whole ball of trauma. Read more here.). In contrast, when we look at the pogroms of the 19th century and the Holocaust (20th Century) in Europe, and countless ethnic cleansings around the Middle East (up through the 20th Century) that targeted Jewish people, we can see a stark difference. Amputating one’s Jewishness, through affiliation with a church or mosque, or through other disavowals of Self and Heritage, was not an option. Even when looking from today back through the most recent century in America, both the total bans and the admission/access quotas for Jews to access various venues, paths of professional training, and affiliations with clubs, were inescapable even with a disavowal of religion. Even microaggressions can’t be escaped by disavowing identity or its pieces (culture, religion, ethnicity). The most dominant modern discourses reduce race to one binary metric: complexion. And just like there aren’t only two races, complexion has never been the only historical (or modern) marker of race (to those in power or to those impacted).  It is also crucial  to hold space for and amplify the voices of Jews of Color, and that crucial work is concordant with this nuance.  Stay tuned for a post about incredible Jewish actvists and advocates of color who you can follow on Instagram!

About the Author: Halina Brooke, LAMFT, LAC, owns Recourse Counseling in Arizona. It’s her mission in life to support misfits, oddballs, highly sensitives, creatives… and really anyone else with big passions and under-represented perspectives as they build rewarding, meaningful lives. She brings a variety of Postmodern and Experiential therapies to her work with clients and deeply believes in the value of the wisdom they’ve already amassed on this journey of life. When not supporting clients in living their best lives, she can be found travelling, advancing important causes, and indulging her curiosity in the world around her.

Find awesome listings near you!